I’ll level with you.  I’m no Pitchfork, Tiny Mix Tapes or whoever you actually read for your music tips.  I can’t compete with 200 albums of the decade, given that I have never listened to (or heard of) the vast majority of whatever is included on their lists.  I can honestly say, however, that I love music, and that there has been music during the 00s that I have particularly loved.  Some of it has been a soundtrack to certain times in my life; other albums have wormed their way into my consciousness to become an ongoing part of who I am.  This is that music.

I’ll have to limit myself to 20, but acknowledge that several of these artists would have occupied places on an expanded list if I weren’t keeping it to one album per artist.  Radiohead would have been on here at least twice (Hail to the Thief, in case you’re wondering).  I also had to omit quite a few albums that were hard to leave out, for example Danger Mouse’s The Grey Album and Battles’ Mirrored, but for whatever reason these were the 20 that made it.

I must also acknowledge, again, that I’m sure a lot of incredible stuff was released that I missed for whatever reason.  I’m only just getting to listen to Grizzly Bear’s Veckatimest, and it is extremely good and might have been on here if I’d gotten to it a couple of months earlier…  but anyway, that’s what the comments are for – tell me how much of a philistine I am, and what I need to do to catch up.

As for trends, I think the list can speak for itself but am looking forward to things being noticed along the way as I post it.  We can address that in the comments too.  (In case you haven’t got it yet, I WELCOME YOUR COMMENTS.)

Note that thanks to the miracle of YouTube, you can hear the music as you read about it by clicking the track links at the end of each album write-up – one for the track I feel is the most representative (i.e. the best introduction to the album), and one for my favourite track.  Here we go…

20. Breaks Co-Op – The Sound Inside (EMI/Astralwerks/Parlophone) 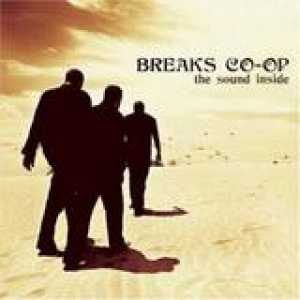 Kicking it off with some Kiwi sounds, the best ‘summer’ album of the 00s came from this skilled trio (though I’m told the live lineup of five adds plenty to the sound).  I of course bought it when it was bafflingly released in the middle of NZ’s winter and was promptly chewed out by my flatmate Nic, but it was such a great soundtrack to my student days that it stayed on high rotate through until the temperature started rising – and beyond.  Now I’m living in India where it’s always summer, and there’s a never a bad time to rediscover this record’s lazy, comfortable atmosphere lying with a beer in the hammock.
Most representative track, and my favourite, and the one everyone knows: ‘The Otherside’ 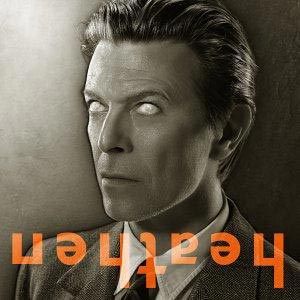 Don’t get Heathen mixed up with the thrash metal band from California.  It is in fact Bowie’s emphatic return to form after a decade or two patching together albums out of patchy material.  Here, reunited with producer Tony Visconti, Bowie comes to terms as best he can with his own mortality; but as always, he’s never completely at ease.  Whether it’s the afterlife or the state of the world he expects – and perhaps wants – to leave behind, Bowie prefers to remain in the grey areas rather than committing to any one philosophy.  He doubts, questions, pleads and implores and it makes for a conflicted, thought-provoking masterpiece.
Most representative track: ‘Slow Burn’
My favourite: ‘I Would Be Your Slave’

The first three or four tracks of Merriweather Post Pavilion are un-be-lievable.  Opener ‘In the Flowers’ plants you firmly in an otherworldly trance with its slow but heady build, then explodes into life at the two-and-a-half-minute mark; ‘My Girls’ is the catchiest, prettiest bit of synth-pop in ages; ‘Also Frightened’ darkens the palette and opens up the record into more wide-reaching themes, while keeping the pace up; and ‘Summertime Clothes’ evokes a high-energy dash through the streets of your city with the one you love.  Pity the rest of the record couldn’t keep up to the same standard; though several of the subsequent tracks are very good (and one exceptional), they just feel underwhelming after the glory of those first 20 minutes.  Perhaps on another album, I’d love them all equally.  In any case, this is a heartfelt and singularly distinct work that heralds plenty more brilliance from Animal Collective to come.
Most representative track: ‘My Girls’
My favourite: ‘Lion in a Coma’

As a means of re-energizing and reclaiming the floundering dance music scene in 2001, Daft Punk, always concealed behind robot masks and suits, positioned themselves as interplanetary discoverers dredging our musical past for forgotten hooks and converting them into something they, and we, could embrace.  Even if it was a triumph of marketing and pop culture gimmicks over originality, Discovery was a sensation.  Its retro factor gives it a timelessness such that it continues, a decade later, to poke its head up on dancefloors and TV promos worldwide.
Most representative track: ‘One More Time’
My favourite: ‘Too Long’ 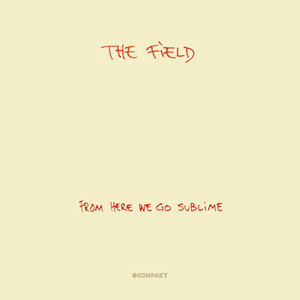 For the most repetitive sounds of the 00s, look no further than The Field.  Some tracks contain only three or four alterations to the same looped sample.  Thankfully, the sound happens to as purely ecstatic as it is unvarying, and after enough listens, the patterns will be so etched in your mind that you’ll know exactly when the next loop is going to start and feel a kind of exhilarating release when it does.  The Pitchfork reviewer said that if From Here We Go Sublime ‘doesn’t hit at least some of your pleasure centers, well, forget your ears– your nerve endings might actually be dead’.  I concur, and it could endure for decades to come precisely because its aim is simple:  to make you feel good.
Most representative track: ‘Everday’
My favourite: ‘The Little Heart Beats So Fast’