A Separation amplifies the spaces between people in a graceful, subtle manner. In a country as prescriptive as Iran, those spaces often equate to physical distance — for example, a man should not lay a hand on a woman who is not his wife — but they are also mental. When should a gap be closed and a threshold crossed? One may have the tools to extend an olive branch, but can one bring oneself to do so?

Here, the simple act of shooting a scene across two rooms — the husband on the threshold, his estranged wife cutting vegetables — magnifies that space so that it becomes the third player. You can see in their eyes that they still love each other, even if they are no longer in love.  They still care about each other, still piss each other off, still completely know each other. But the space has become bigger than their mutual understanding. It pushes them to fill it with silence and insults. Their daughter is lost somewhere in that space. Soon, she will step out of it and begin to make her own place in the world.

I take a lot more from a scene shot and performed like that than if it they had been in the same room, stepping around each other. I make a space in my mind for their interaction, and the performers are welcome to stretch out in my imagination as much as they welcome me to insert myself into the space on the screen.

And the story continues to churn away on the screen and in my head, coming back to rest on that threshold — and on those spaces. It will carry on developing and expanding for days after I’ve seen it. I wouldn’t be surprised if I returned to this film every decade or so, seeing it differently every time.

A note on the death of Roger Ebert 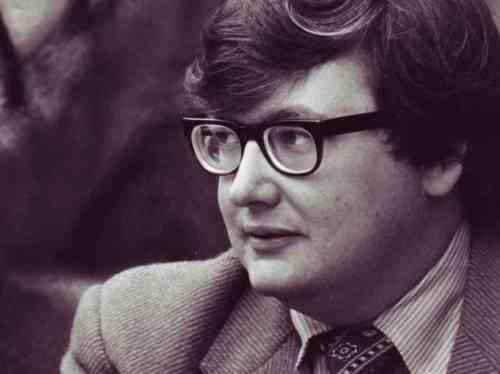 I’ve tried several times since yesterday to sit down and write some thoughts about Roger Ebert, but every time I found my words inadequate. If you want to read something coherent about the impact Ebert has had on the world, check out A. O. Scott’s appraisal in The New York Times or Chris Jones’ 2010 profile in Esquire. There is Natasha Badhwar’s 2010 post on her connection with Ebert. You could also read my blog post on the release of Ebert’s memoir Life Itself in 2011, which is also inadequate but better than my abortive attempts in the past 24 hours. Best idea of all: spend some time looking through Roger Ebert’s Journal, the blog he maintained for several years to great acclaim. It’s also one of the few places on the internet where reading the comments is advisable.

The point is that Ebert’s work and philosophy have become part of who I am, and it’s impossible to separate his influence from anything I write — and, indeed, from a lot of what I do. He has enriched me immeasurably through his knowledge and empathy. He’s even introduced me to people I now call friends, which is about the best anyone can do.

I am desperately sad at his passing. He was, and is, My Hero. But he remains present in so many of us, and there is still so much more to be done.