A friend who particularly enjoys watching films and television shows recently mentioned he hadn’t seen any anime. Obviously it fell to me to rectify this terrible oversight, so within seconds, I promised him a list of where to start. I had planned just to write down a list of titles; twenty-four hours and a thousand words later, I think I’m finally satisfied. Read on if you are an anime newbie (or an anime veteran who wants to pick my choices apart).

The key point for someone approaching anime (ah-nee-meh) from an English-speaking tradition, especially one so heavily influenced by family friendly Disney fare, is that animation (anime) and comics (manga) are woven into pretty much every part of Japan’s popular artistic tradition. Some anime works are aimed at children, sure, but most are not, at least not specifically. Anime is simply another medium, like TV or literature, and it’s populated with everything from broad comedy to serious drama to high-concept sci-fi action.

Consequently, there’s a lot of it. So where does the anime newcomer start? Chances are you actually have seen some anime, given the popularity of POKEMON and DRAGONBALL Z (and, earlier, SAILOR MOON) around the world. These shows are cultural phenomena with a deep and wide-ranging influence, which makes them noteworthy and worth checking out at least once, but the high-volume, churn-‘em-out production style makes them limited artistically. There’s more to anime than one-on-one battles and big hair.

The five anime works I’ve listed below (four films, one TV episode) are each outstanding examples of writing and visual craft. They also showcase the broad potential of the medium. Listmaking isn’t definitive, obviously – my taste is my taste, and there are countless anime I haven’t seen, especially in the TV realm – but I’d be surprised if nothing in this sample impressed you. If they don’t impress you, it’s probably safe to say anime isn’t for you.

Oh, and one final thing: please watch in Japanese with English subtitles. Anime and the Japanese language are inseparable from one another. 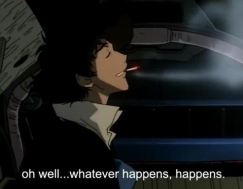 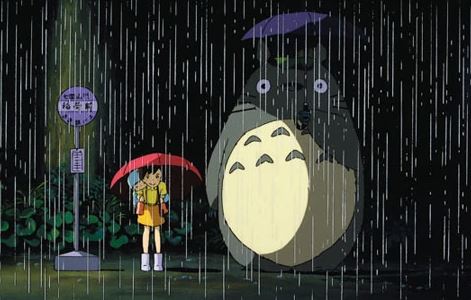 Studio Ghibli, and particularly Hayao Miyazaki, is the obvious entry point for newcomers to anime, and among Ghibli’s many great releases, TOTORO is the greatest. It quickly and seamlessly evokes a mostly recognisable world – a Japanese countryside teeming with humming insects, human-powered industry, and swaying grass – alongside a fantastical one peopled by benign otherworldly creatures. The bridge between these worlds takes the form of two closely bonded sisters facing the spectre of their mother’s life-threatening illness. It’s impossible not to be charmed and moved by their story. Also, the animation is lovely, and a classic Joe Hisaishi score rounds out a perfect introduction to the form. 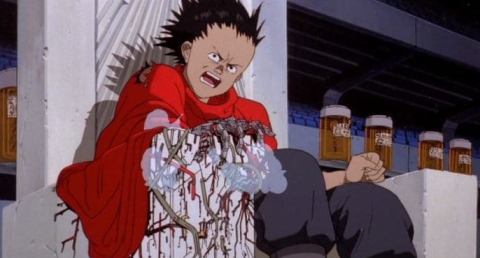 MY NEIGHBOUR TOTORO is small, quiet, and sweet. At the other end of the scale, we have AKIRA. I first saw it when I was about 13, and the experience was similar to watching 2001: A SPACE ODYSSEY for the first time: a jaw-dropping handful of indelible images orbiting a general sense of confusion. Like, what did I just see? Otomo’s adaptation of his own even more epic manga is big, brash, and overblown, beginning with dickish biker kids and ending in an extended orgy of city-sized destruction. For all its excess, Otomo’s palpable affection for his characters means AKIRA does not live or die by its admittedly extraordinary visuals; you grow to care about these brats, caught up as they are in a mysterious conspiracy that threatens them and everyone they know. It also has one of the great film soundtracks. 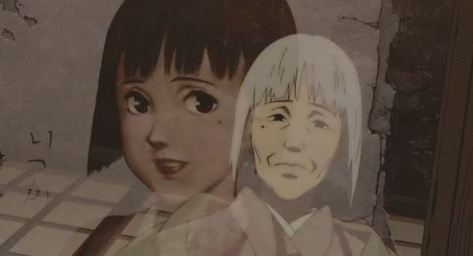 A film for lovers of film. On the surface, MILLENNIUM ACTRESS tells the story of a veteran film star’s life and career, constructing it through flashbacks and snippets of her work. Kon’s genius, though, is in mixing the modern-day frame story and the actress’ work, constructing a kind of collective consciousness between the performer, her work, and her fans – and you, the viewer. Periods of Japanese history also play a critical role in the narrative and the visual style. It’s a rich, multi-layered work that only gets better the more you think about it. And hey, guess what? The soundtrack, by genre-defying prog rock legend Susumu Hirasawa, is brilliant. 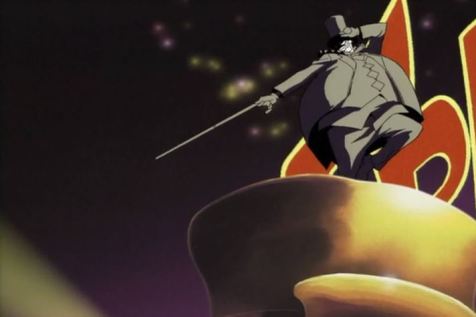 A 22-minute TV episode is a bit of an outlier on this list, but there are so many great anime TV serials, I had to include one. And why not this perfectly executed story? Style is Watanabe’s calling card; his work is defined by a cool aesthetic and nimble editing inspired by the likes of Scorsese, Ridley Scott, and Tarantino. ‘Pierrot Le Fou’ comes late in COWBOY BEBOP’s 26-episode run, but its monster-of-the-week plot – about an insane clown driven mad by shady government experimentation (a few obvious influences there!) and our anti-hero Spike’s efforts to stop him – stands alone, making it an ideal introduction to the series. Would it be ridiculous of me to comment on its amazing soundtrack? It would? Okay, I’ll shut up.

If you like this, try the rest of COWBOY BEBOP (and then NEON GENESIS EVANGELION) 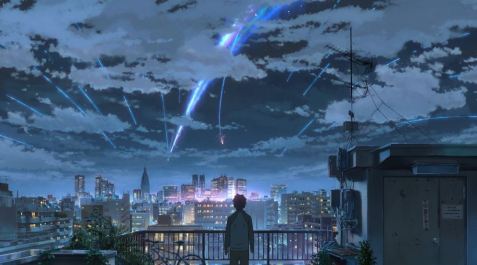 Let’s bring it all together. YOUR NAME is a fantastically entertaining film in its own right, worthy of inclusion here purely on its own merit. It’s also the highest grossing anime of all time. But it also brings with it the added bonus of calling back to each of the four other titles listed above. The countryside charm and childlike wonder of TOTORO, the apocalyptic scenario of AKIRA, the nostalgia of MILLENNIUM ACTRESS, and the flair of COWBOY BEBOP are all present; certain moments are almost carbon copies of scenes in those other films. The element it brings that the others don’t really have is a sense of the new emerging Japan, particularly the experience of urban high schoolers and graduates. Anime has always taken young people seriously; YOUR NAME’s representation of new men and women trying to make their way in a changing world rings very true. The soundtrack? It’s not the work of genius each of the other four titles offers, but it’s very catchy.

If you like this, try VOICES OF A DISTANT STAR