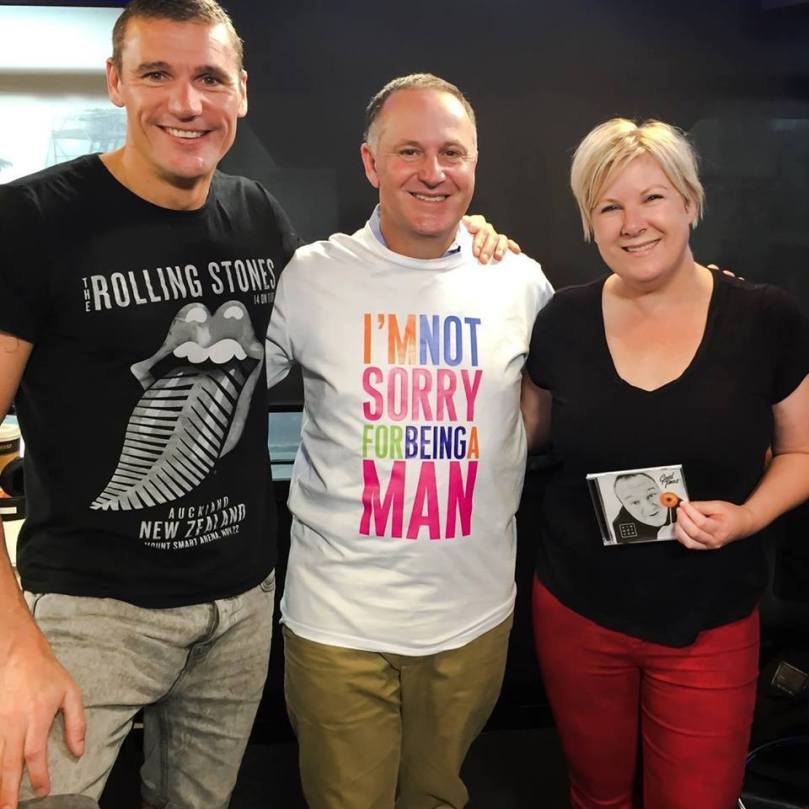 In case you’re not already aware, New Zealand Prime Minister John Key has acknowledged apologising to an Auckland waitress for repeatedly pulling her hair on several visits to a local cafe, describing the incidents as “in the context of a bit of banter that was going on”. It is also however in the context of Key previously pulling this girl’s hair and this girl’s hair, and in the context of Key wearing the above t-shirt during the 2014 NZ election campaign — which was when the cafe hair-pulling incidents took place.

When you pay your $4.50 in a cafe, that gets you ownership of a frothy drink to consume, and temporary use of the vessel it’s served in. It doesn’t entitle you to any kind of hall pass to treat the cafe staff as you please. You don’t temporarily own them, or any part of their body.

When you’re elected Prime Minister of New Zealand, that gets you stewardship of the nation’s legislative system and representation of the nation’s people and interests on the global stage. It doesn’t entitle you to ownership of the nation, or any of its people. You cannot go about the place doing as you please just because you’re Prime Minister. You are a servant of the people, rather than having them in your power.

If you’re a man, you are the beneficiary of centuries of patriarchal dominance in society — especially if you’re a white man. Your experience of the world is different from that of women, who have been oppressed for centuries and continue to be oppressed in obvious and subtle ways. (Take a look outside the gender binary and the oppression gets even worse, as it also does for those who are not light-skinned.) A penis doesn’t allow you to treat women in a way you would not treat men, or to exert ownership over them in any way.

There’s a different kind of ownership. It entails owning up to your mistakes and vowing not to repeat them. It entails respect for yourself and for those you meet. It entails owning your masculinity consciously, even though centuries of patriarchal dominance mean you’re rarely reminded of it — certainly not in the way women are reminded of their oppression on a daily basis. It entails a responsible approach to one’s place in society, especially if you’re at the very top of the pyramid. And it entails taking responsibility for the consequences of your actions.

In New Zealand, John Key is now a central part of the narrative of ownership and entitlement by the rich, by the powerful, by white people, and by men. That narrative needs to change. I might once have said it needs to change from the ground up, that the culture of male entitlement and abuse of power is best addressed at home, at work, and — yes — in the local coffee shop. But perhaps a top-down approach is better, especially while the topic is hot. Some ownership of the issue by NZ’s most powerful man, and one of the most cultishly supported figures in NZ’s political history, would be welcome.

One thought on “John Key, the waitress, and ownership”