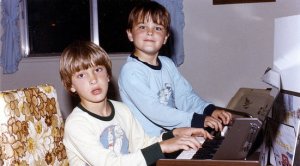 Nothing can really prepare you for Dear Zachary, short of reading and digesting the entire plot summary before diving in.  For those easily upset, I would recommend doing this, or perhaps steering clear completely.  It is director Kuenne’s version of the events surrounding the death of his close childhood friend Dr. Andrew Bagby at the hands of a woman named Dr. Shirley Turner, and his effort to record as much of Bagby’s life as possible for his yet-to-be-born son, Zachary.  As such, the film is a completely subjective account, following Kuenne’s race around North America and England trying to capture people’s memories on tape, following his own emotions and mood through a variety of notable editing choices.  This was the most impassioned film I saw in the 00s.  Again, be warned: you’ll never be the same afterwards, especially if you have kids of your own. 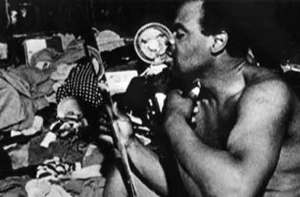 Singer, an untrained filmmaker who hasn’t directed since, was drawn by the plight of the homeless living in a New York City Amtrak subway tunnel, and decided to help them by making a film with them that would get them out.  What resulted was a fascinating ethnographic document, superbly shot on black and white and scored by DJ Shadow, depicting real lives as lived and proving that in a lot of ways, these guys are just like us.  While it’s surprising to see how well some of these guys can live, you’re aware that every single day is another struggle, wracked with uncertainty.  This is a film which helps the viewer to see an oft-maligned section of society with fresh eyes.  Watch the first 10 minutes here. 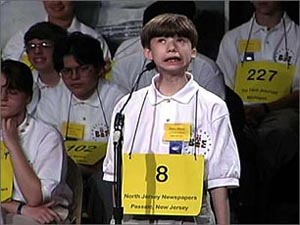 Spelling bees seem to me a very American institution, so it isn’t too surprising that a film following eight teenagers in their quest to win the National Spelling Bee would play like such a chronicle of the American Dream.  There are the immigrants – the Indians (so many) and Mexicans; there is the white bread girl from Connecticut; there is the loner from Missouri; there is the ADHD wunderkind from New Jersey; there is the inner-city black girl from DC.  All have their own, fascinating stories, with widely varying ideas of what the word ‘success’ means, and as we grow to know and love them, the tension of the finals becomes almost unbearable.  I remember feeling bathed in a sweet glow of hopes and dreams afterwards, and in a way, I hoped that these kids would never grow up.

2. Anything by Adam Curtis (Century of the Self, The Power of Nightmares, The Trap) 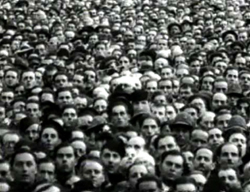 Some films are ‘important’; Adam Curtis’ films, on the other hand, are absolutely essential.  Cutting deep into the building blocks of society and finding patterns everywhere, Curtis tackles subjects as monumental as the transition of Western thought from community-based to individual-based, or the political shift from promoting positive freedom to promoting negative freedom.  Curtis’ approach is fact-based, backed up by archive footage found after months of trawling the BBC’s archives, and the results are surprisingly entertaining once you get used to the format.  More than that, though, his films are eye-openers in every sense of the word, and I would personally say that they have changed the way I see the world.  If I had to single one out for higher praise, the four-hour Century of the Self is probably the one that impressed me most.  All are available for free online here.  Do yourself a favour and check them out.

With his majestic Grizzly Man, Herzog’s soothing Bavarian voice pretty much sums up life, the universe and everything.  Timothy Treadwell is his subject, a man who rejected society and turned to bears, and like many of the films on this list, the fascinations of Herzog’s work are largely psychological: what led Treadwell to this fate?  What does he truly believe?  How much of his reality is a delusion?  Herzog confronts the abyss as he so often does – with a grave but knowing outlook – and explains to us what we see.  You’ll laugh, and you may cry; you’ll surely be riveted by an incredible subject, and truly great filmmaking.  This is a film that would place at or near the top of any decade list.  Part 1 is here.