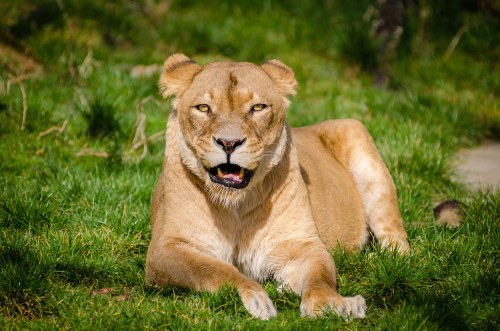 I’m usually pretty good at putting myself down for a nap, a skill I picked up on draining afternoons under the humid, orange sun of South India (stay tuned for my forthcoming book ‘Saip Shock: Three Years in Kerala’ and weeks of increasingly grating promotion). Set alarm for thirty minutes from now, lie down on stomach, head on folded arms, fall asleep.

But today, seconds after I stretched myself out on the mattress, I was in the lion enclosure. It didn’t have any lions at first; it may in fact have been an open-air library, or a biodome. But the exit was about a ten-second walk over there, and the possibility of those ten seconds was enough to place three or four bored, hungry lions inside the chicken wire with me.

I turned to run, then remembered reading somewhere to neither turn nor run in this situation, so I turned to face them again and backed away slowly. My brain then scattered them in such a way that it would be impossible to keep them all in my field of vision. It also removed the exit.

I then focused on figuring out a way to have them attack and eat my legs, which would be expendable in comparison to my head and torso. Then I teleported myself halfway up the chicken wire and watched as they barrelled towards the fence, gathering speed with each stride, coiling to pounce three metres up in the air to where I perched. Again, the legs are expendable; I’d brace with my fingers through the netting for all I was worth and kick down at their eyes and jaws as they rose to bring me down.

Then I decided all this was a bit silly, and instead thought about Andrew Mehrtens’s miracle dropout fifteen minutes into the 1995 Rugby World Cup final, which bounced into touch a couple of metres from South Africa’s goal line. How did he do that? Partly through luck, obviously, but how did he have the vision to notice the opportunity? And the skill to execute such a long kick less than a second after seeing the space? A forgotten moment of sporting genius.

So I didn’t nap properly; just these idle daydreams, a toe dipped into sleep. Better than lying awake at 2am thinking about parenting or money or work. Next time I find myself struggling to get back to sleep in the dark of the night, and need to calm myself down, I might put myself back in the lion enclosure and dream up more ways to survive.